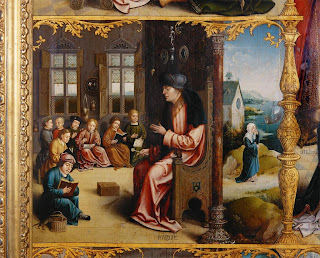 Jewish Traditions on Reincarnation and the Second Council of Constantinople

Jewish Tradition
Yes it is part of the Jewish tradition- a fact not generally known by Christians!

One of the texts the mystics like to cite as a scriptural allusion to the principle of reincarnation is the following verse in the Book of Job:
Behold, all these things does God do -- twice, even three times with a man -- to bring his soul back from the pit that he may be enlightened with the light of the living. (Job 33:29)

Here is an article on the council held between the 5th May until 2nd June, 553, that changed the view of the Church on the subject of reincarnation:
Second Council of Constantinople 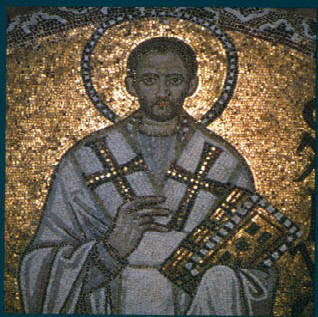 So you see, reincarnation was part of Christian doctrine (as it was in Jewish doctrine) for the first five and more centuries.

This council produced fourteen new anathemas against the authors of the Three Chapters and other Christian theologians. The eleventh anathema included Origen's name in a list of heretics.


The first anathema reads: "If anyone asserts the fabulous preexistence of souls, and shall assert the monstrous restoration which follows from it: let him be anathema." ("Restoration" means the return of the soul to union with God. Origenists believed that this took place through a path of reincarnation.) It would seem that the death blow had been struck against Origenism and reincarnation in Christianity.


After the council, the Origenist monks were expelled from their Palestinian monastery, some bishops were deposed and once again Origen's writings were destroyed. The anti-Origenist monks had won. The emperor had come down firmly on their side.

Evidently he had gone out into incarnation before or the words "no more" could have no place or meaning.

Quite frankly, I don't believe an honest viewing of Biblical verses can prove or disprove reincarnation. It is up to the individual.

To me, there's no more sensible solution to the riddle of life. What fairer a system could there be?
How do you account for the different fates that human beings start out with in life? What of early deaths, severe mental retardation, poverty, wealth, "bad childhoods" etc? What of those who spend an entire lifetime totally shielded from any knowledge of Christianity?- are they bound for eternal damnation?

No, reincarnation is the fairest system which God in His Wisdom has put in place that we may be healed and purified- as St. Gregory put it.

"It is absolutely necessary that the soul should be healed and purified, and if this does not take place during its life on earth it must be accomplished in future lives." There it is, thank you St. Gregory- who must be the patron saint of reincarnation. The early Christians believed in reincarnation - as indeed the Jews did before them, and still do today!

There are four ways which one might argue the case for reincarnation: And what if they are born mentally handicapped or with some other malady that prevents them from making adequate spiritual decisions?

Physical circumstances: If becoming a Christian is so important why is it next to impossible for plenty to come to this decision- because of remoteness (the middle of a New Guinea jungle for example) or because they live in an atheistic/communist or Muslim society.

All these questions must be answered by proponents of the "one life" doctrine.

There are reasons for our circumstances and those of others. Life goes on and we develop further- we build on our strengths and make good our deficiencies. We experience all positions on the wheel of fortune.

Talking on the subject recently a friend said to me "Oh but when are we going to be with God." Personally I believe that on average we spend about one thousand years in the heavenly worlds- enough time for R &  R.

As for being at one with our Father God, Tomberg states that at the midnight hour between birth and death we have to be sheltered from the sight of Nirvana (totally at-one-ness) because the blissfulness is such that you would never want to leave!

BTW the teaching of reincarnation and karma does not in any way preclude the doctrine of Original Sin and Grace. These are greater issues which affect humanity as a whole. There is a lecture on Original Sin by Dr. Steiner available.

Our own repository of personal sin is our Double or Doppelganger, who sometimes wanders off on his own for a time. Our own "Mr. Hyde"- good name considering his hidden nature.
Posted by 888 at Monday, November 07, 2011 No comments: Jeremiah was certainly around before he arrived in his mother's womb: "Then the word of the LORD came unto me, saying, Before I formed thee in the belly I knew thee; and before thou camest forth out of the womb I sanctified thee, and I ordained thee a prophet unto the nations.
-Jeremiah 1:4


We may not remember a former life. What does Ecclesiastes say about this-


Is there any thing whereof it may be said, See, this is new? it hath been already of old time, which was before us. 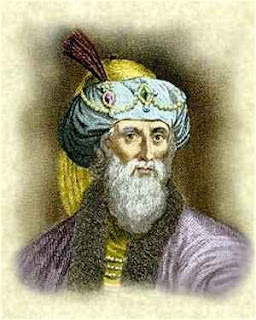 Josephus is well known to Christian apologists.
In his Antiquity of the Jews (Book i8, Chap. 1, No.2), Josephus states that there were three sects of philosophy amongst the Jews: the Essenes, the Pharisees, and the Sadducees. The doctrine of the Sadducees was that souls die with the bodies, but both the Essenes and the Pharisees, he affirms, believed in rebirth. As to the Essenes, who have now become famous owing to the discovery of the Dead Sea Scrolls, he states elsewhere:

They smiled in their very pains and laughed to scorn those who inflicted torments upon them, and resigned up their souls with great alacrity, as expecting to receive them again.


For their doctrine is this, that bodies are corruptible, and that the matter they are made of is not permanent; but that the souls are immortal, and continue for ever: and that they come out of the most subtile air, and are united to their bodies as to prisons, into which they are drawn by a certain natural enticement; but that when they are set free from the bonds of flesh, they then, as released from a long bondage, rejoice and mount upward. . . .
These are the divine doctrines of the Essenes about the soul....


[The Pharisees] believe that souls have an immortal vigour in them [and that the virtuous] shall have power to revive and live again: on account of which doctrines they are able greatly to persuade the body of the people.
Antiquity of the Jews, Book i8, Chap. 1, No.3

[From an address of Josephus to some Jewish soldiers who desired to kill themselves rather than be captured by the Romans:]

The bodies of all men are, indeed mortal, and are created out of corruptible matter; but the soul is ever immortal, and is a portion of the divinity that inhabits our bodies. . . . Do ye not remember that all pure Spirits when they depart out of this life obtain a most holy place in heaven, from whence, in the revolutions of ages, they are again sent into pure bodies; while the souls of those who have committed self-destruction are doomed to a region in the darkness of Hades?
Jewish War, Book 3, Chap. 8, No. 5

The air is full of souls; those who are nearest to earth descending to be tied to mortal bodies return to other bodies, desiring to live in them.
De Somniis

The company of disembodied souls is distributed in various orders. The law of some of them is to enter mortal bodies and after certain prescribed periods be again set free. But those possessed of a diviner structure are absolved from all local bonds of earth. Some of these souls choose confinement in mortal bodies because they are earthly and corporeally inclined...

All such as are wise, like Moses, are living abroad from home. For the souls of such formerly chose this expatriation from heaven, and through curiosity and the desire of acquiring knowledge they came to dwell abroad in earthly nature, and while they dwell in the body they look down on things visible and mortal around them, and urge their way thitherward again whence they came originally: and call that heavenly region ... their citizenship, fatherland, but this earthly region in which they live, foreign.